“There’s nothing braver than coming out,” says Casey Grant, assistant principal, and Athletics director, “so we decided to honor the LGBTQIA community here in Kennewick by having a mascot that represents bravery, sacrifice, and kowtows to corporate America. It’s a big win!”

After a long time debating, Kamiakin has a new name. Or an old name, with a whole new meaning. Known as “The Braves” since its founding in 1970, Kamiakin High School will change its name from “The Braves” to “The Braves”. The name change was announced this past Friday after a national movement where teams dropped names perceived as racist.  “It was important to do this now because there is an incoming crop of school board members that are running against CRT and diversity, so we wouldn’t have this opportunity after this election year.”

The Braves was one of three finalists. The other two names were “The Kamiakin Savages” and “The Kamiakin Indigenous Pre-Technological Hunter-Gatherer People of the Yakima Valley, or IPTHGPOTYV.” After 11 rounds of voting, “Braves” finally won the tiebreaker. 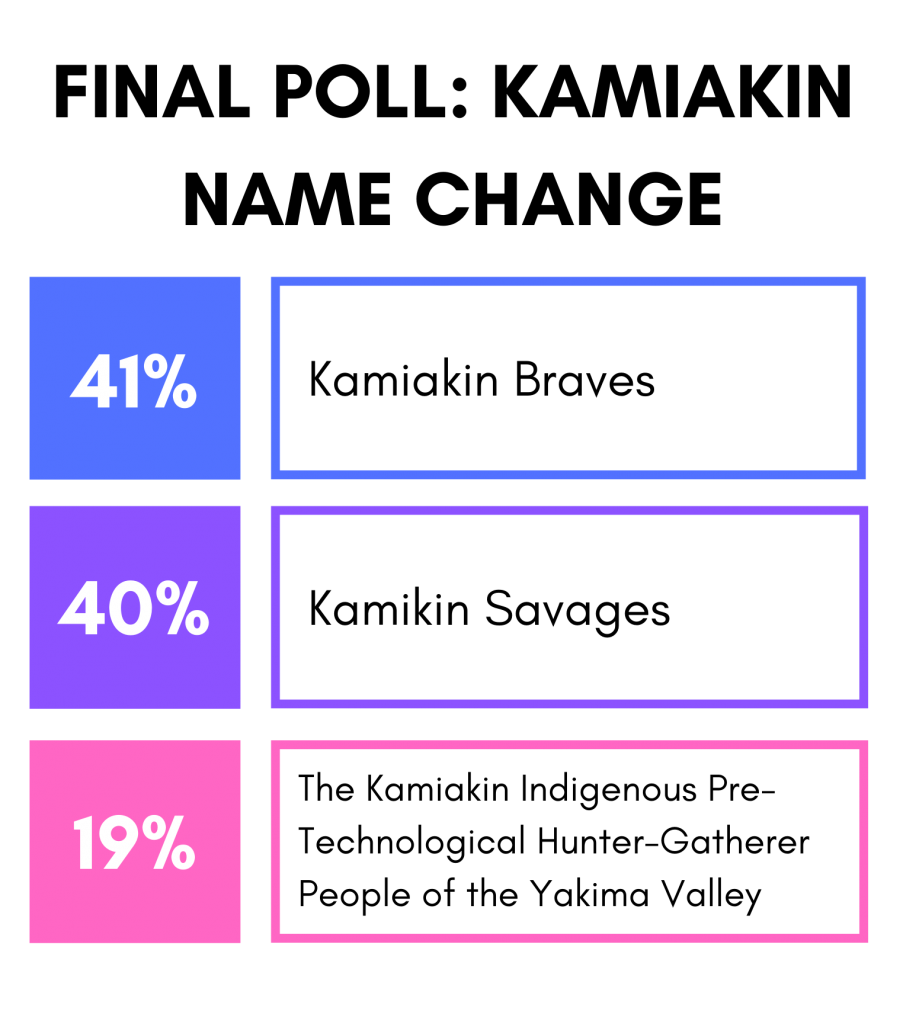 One Richland high school football player loves the name change. “We’ve always known this about the Kamiakin football team, no matter what you call ‘em they’ve always been like that. This is a concept that fits them perfectly.”