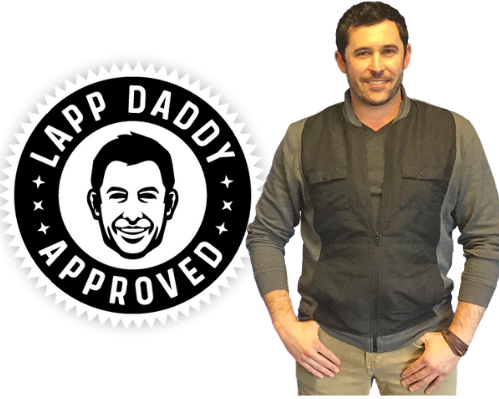 Kennewick, WA: Local businessman and burrito eater kicks off his high-profile write-in campaign for Kennewick City Council on a platform of restoring integrity to the procurement process. Kris Lapp, a winner of the US Department of Energy Protege of the Year Award, has entered the race for city council.

“Look, everything has loopholes. Cracks. And that means that the citizens that are part of that just wind up footing the bill,” says Lapp, former president of I3 Global. “The thing is you, gotta know where the flaws are to fix it. Believe me. I know all the flaws.” Lapp, who  Integrated Global Staffing, Columbia State Bank, E2 Consulting, and others are currently suing, styles himself an expert on loopholes.  “I still have my sweet-ass ride,” he says.

“I am going to be Kennewick’s master of coin,” he boasts.

“In a way, my experience is going to save the city.” Says Lapp. “Nobody knows this shit better than me. Nobody. I just gotta say in this day and age you gotta find someone who knows exactly how to get their coin on. There are so many ways to get away with it, from having unqualified people at the whole bill rate to simply not answering calls. You gotta remember, for most government companies, it’s a huge amount of hassle to get results, and they eventually give up, and nothing really happens.  It takes a shit-ton of fraud before they even call.”

Asked about the status of his lawsuits, Lapp said, “I am dealing with the allegations through legal means and hope to be back supporting the community I love as soon as possible. But hey, these tacos are bomb!”