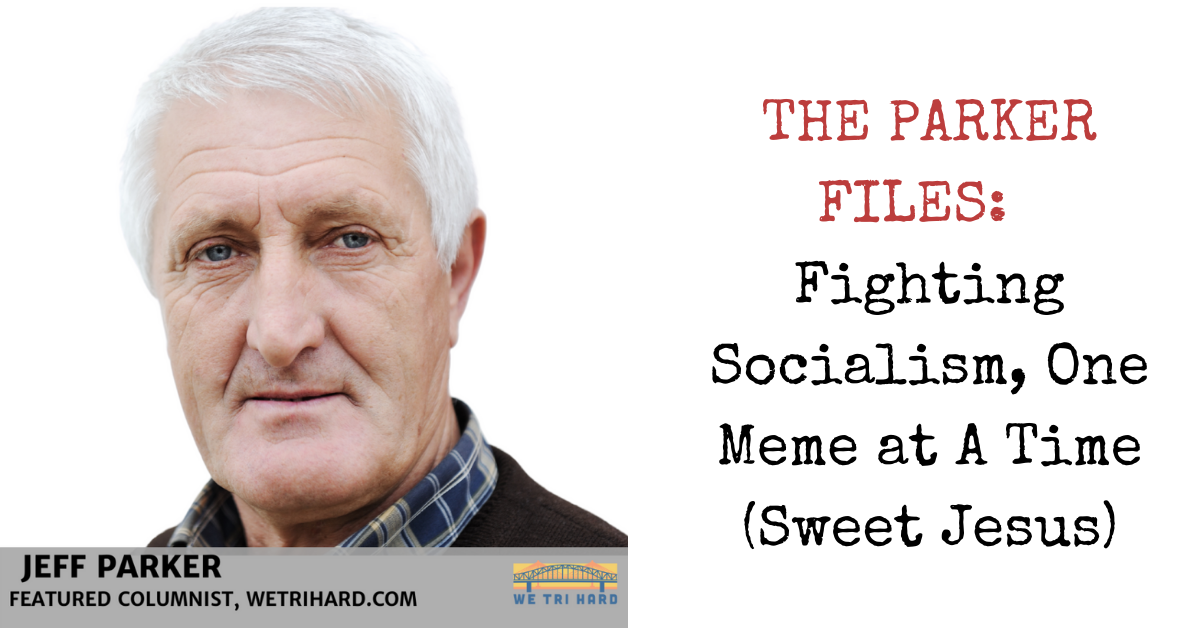 Opinion: How To Tell If Your Local Leader Is Socialist (The Parker Files)

Socialism is killing America. It’s the biggest threat we face as a country. Nothing will destroy the American way of life faster than Socialism. And it’s everywhere! It’s more important than ever that we stop it, and the best way that we can do that is by fighting it right now, killing here in the Tri-Cities.

Jeff Parker here again, and I’m going to share exactly what Socialism is so you can spot it and you can defeat it.

Do we want to be Venezuela? No? Then read on.

Jeff Parker is making his debut as a featured columnist for WeTriHard.  We are hiring, so please go to the submit page and send your best articles.- Cacophony

Definition of Socialism, The Biggest Threat To America

That means that if the government is making it, or making someone do it, it’s Socialism. If the means of production are controlled, there you go. And Socialism will kill America faster than anything. Do you want to wait in DMV style lines just to get a haircut? No? Then you hate Socialism just as much as I do.

Socialists suck. What they do is that they take grants from the government to bail out themselves or their businesses. Then they have to answer to whatever the government says if it’s to give you a jab in the arm or whatnot. Naturally, you don’t want someone that does that.

So, if someone takes public money to bail out their private business, they are a socialist.

If someone wants to force your kids to be educated in a certain way, they are a socialist. So anyone that likes CRT is a socialist.

How To Tell if Someone Is Socialist

We know that Loren Anderson and Gretl Crawford took a ton of money from the government.

They both took hundreds of thousands of dollars in bailout money. Gretl was in a real estate business, and we know that houses just aren’t selling right now because there is so much desert land. So yes, with house prices being so low, it was clear that she needed to take a hand-up from the government.

The vacations she took were totally fine too. She went on like 6 of them, and so that money was spread around America, mostly.

A lot of people here work at Hanford, and they can be counted on to vote for Republicans.

Just because they work on a useless project at a big government job doesn’t mean they are socialist.

Hanford is the reason that the Tri-Cities is such a great place to live.

So if it helps us, it’s not socialist.

I hope that cleared it up for you.

If a Republican does it, it’s not socialist, the same way that if a republican needs an abortion, he’s still pro-life.

Jeff Parker is the outgoing president of the Scottish Rite of Freemasonry, as well as an active member of the National Association of Gun Owners. He retired from a 32-year career at the Lazy H in 2007. He's not racist, but you should just look at the statistics.